On Saturday we welcomed nearly 300 visitors to the McConnell Mansion during our annual Victorian Christmas celebration.  Guests enjoyed beautiful holiday decorations, including arrangements from the Moscow Garden Club, while snacking on homemade treats and delicious wassail.  The musical entertainment was provided by two WSU graduate students studying music -- Julianna on the piano and Rachel on the violin.  Bing Crosby also serenaded the crowd on the Victrola.  We were delighted to see so many children in attendance, the largest number in recent memory, and each one seemed to be enjoying the craft and dress-up rooms upstairs.

Here we have gathered just a handful of photos from this wonderful event.  If you were in attendance at the Victorian Christmas and have photos that you would like to share, we'd love to see them!  Simply email them to lchslibrary@latah.id.us or post them to our Facebook page.

On behalf of everyone at LCHS (Daniel, Dulce, and Hannah), we send our best wishes for a happy holiday and a joyous new year.


Posted by Latah County Historical Society at 2:30 PM No comments:

Welcome to a family-friendly atmosphere filled
with treats, children's crafts and holiday cheer!

All we need are some visitors! Please join us on
Saturday, December 14th from 1 to 4 p.m. at McConnell Mansion
for our annual Victorian Christmas.

Posted by Latah County Historical Society at 3:11 PM No comments:

If you've been following our Facebook page over the last couple of weeks, you will know that today is the big day -- the Alternative Giving Market of the Palouse!  Also commonly referred to as AGMP, this event brings together 30 area non-profit organizations to promote charitable giving as holiday gifts for family and friends.  Gifts can be purchased at any price point, and donations of just $5 are enthusiastically encouraged.  As an added benefit, when you give a gift in a loved one's name, that individual will receive a delightful card notifying him or her of your generosity.

For the history buff or genealogy enthusiast who inspires a donation to LCHS, we have designed a series of attractive notes featuring some of the wonderful historic photos in our collection. 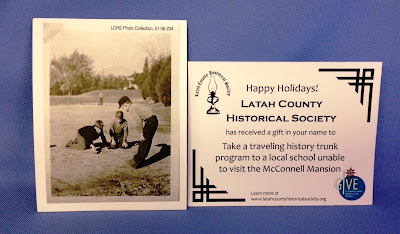 If you are unable to attend tonight's event, you can still participate by purchasing a gift online at our AGMP webpage.  http://agmpalouse.org/donate/2013/latah-county-historical-society

Finally, LCHS memberships make a great gift for anyone who values Latah County history and cultural heritage.  Visit our website to find membership forms and information about the advantages of joining LCHS, which include quarterly newsletters, a copy of our annual publication Latah Legacy, and personal invitations to special events.  http://www.latahcountyhistoricalsociety.org/#!join/cwe4


Posted by Latah County Historical Society at 11:52 AM No comments:

Something's Stirring in the Air--Football!

It's another Thanksgiving tradition--football! We found this ticket in our collections, commemorating a Thanksgiving Day football game in 1901. We were unable to find a photo for this particular game, but below is a photo from another Vandal game from 1907. Wishing you a Happy Thanksgiving, however you choose to celebrate it, whether viewing football or the Macy's Thanksgiving Day parade, enjoy the holiday!

Posted by Latah County Historical Society at 12:39 PM No comments:

Spice Up Your Thanksgiving with a Taste of Latah County History

Thanksgiving is quickly approaching, and many will be dusting off old cookbooks to whip up classic holiday recipes or an old family favorite.  Here at LCHS, we have a rich collection of cookbooks and recipes preserved in our archives.  These documents are wonderful representations of the region's cultural history.  Recipes can teach us about an ethnic group's efforts to preserve the traditions of their ancestral home, while also demonstrating how groups adapted to American food ways.  Cookbooks can also reflect what sorts of ingredients were abundant or scarce or in vogue.  Often these collections include notes from the editor concerning the importance of the home cook's efforts, and when recipes are attributed to a specific individual, we can see that kitchen skills were valued by peers and the community.

Family recipes are often handed down from generation to generation, and the preservation of such information ensures that future cooks will have access to the experiences of their ancestors in a real and tangible way.  Alma Lauder Keeling's reverence for her grandmother's recipes is evident in the letter below.  The most interesting passage, however, comes at the end of Alma's cover letter.  As she points out, historic recipes can also point to cultural norms that seem quite foreign to modern sensibilities.

"I have only the vaguest memories of her, but they are good.  However her recipe for 'Sun Cholera Mixture' that calls for 'tincture of Opium' just threw me!  What?  My W.C.T.U. grandmother recommending opium?  Oh well, it was for medicine.  But I didn't know until I read the recipe that there was such a thing!  Maybe the druggist still has it.  Anyway, I think that stuff really would discourage much activity from 'summer complaint' as we used to call it." 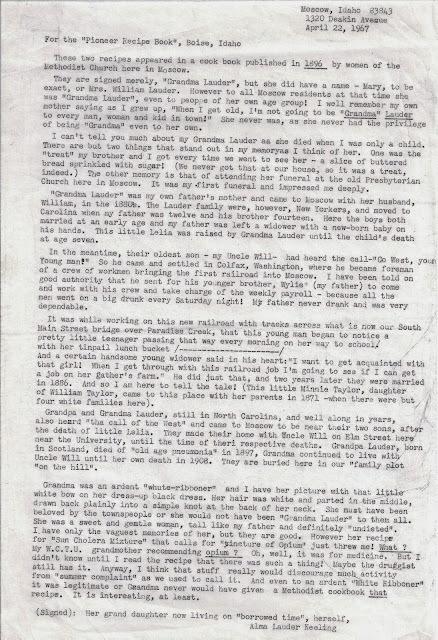 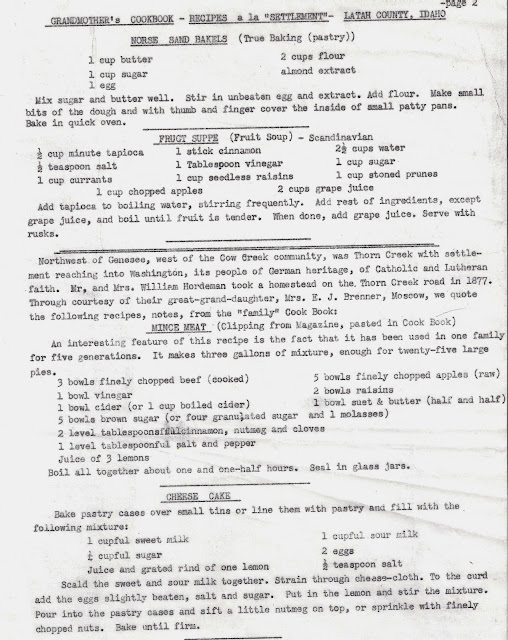 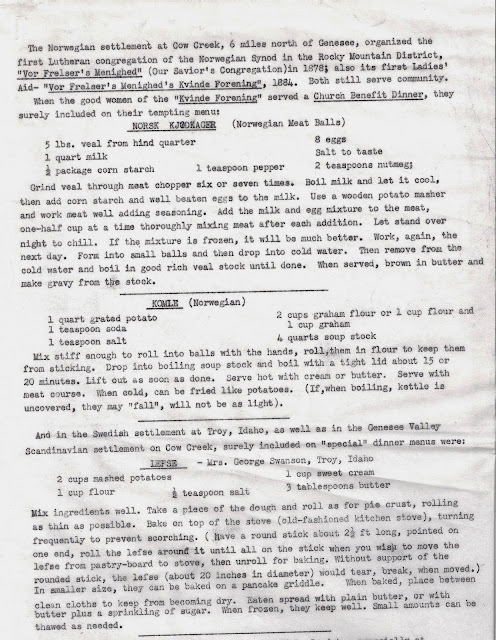 
This cookbook from the Swedish-American Housewives' was printed in 1938.  From the wonderfully decadent desserts to the curious salad dressings to the traditional Swedish dishes, this collection documents a piece of Latah County's culture that might otherwise be lost to time.  Historic advertisements are an added delight -- note the two and three digit phone numbers!


We wish you all a very happy Thanksgiving -- may your popovers rise and your turkey brown beautifully!

Another Harvest Dinner is in the books!  By all accounts it was a tremendous success, which is a testament to the hard work of many, many people.  Community support came in a variety of forms, from volunteers to donors to dinner guests.  LCHS is grateful for each and every individual that made this year's largest fundraising event possible.

Here is a brief recap of highlights from Harvest Dinner 2013. 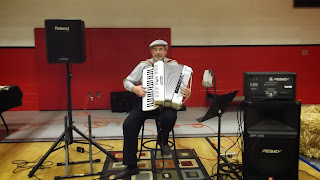 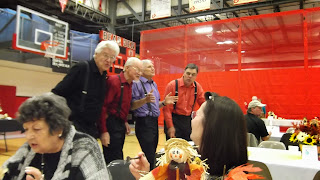 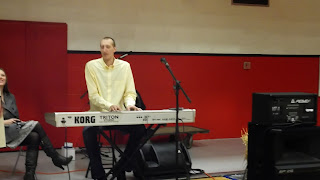 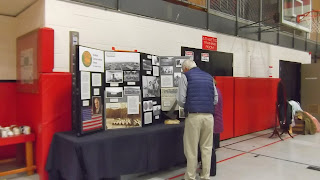 A final thanks goes to member and McConnell Mansion docent Cathy Loney for sharing her photos with us!
Posted by Latah County Historical Society at 11:35 AM No comments:

If men's facial hair could claim an official month, it would most certainly be November.  Whether you call it "No Shave November" or "Movember" (a blend of mustache and November), it is time to celebrate all manner of beards, mustaches, mutton chops, side burns, etc.  Now if this is the first time you are hearing about this month-long festival of whiskers, and you're thinking it is a little silly, rest assured that it benefits a great cause.  The goal of the Movember movement is to raise awareness and money for men's health issues.  Here is a link to the charity's website if you'd like to learn more: http://us.movember.com/about/vision-goals

In honor of Movember, we thought we would share some photos of historic facial hair from around Latah County.  If you are participating in No Shave November, we hope these pictures provide a little inspiration!


This post was inspired by a similarly themed entry on the National Museum of American History's blog O Say Can You See.  For more mustaches, check out their post here.
Posted by Latah County Historical Society at 3:33 PM 1 comment: