I love food history.  After all, it combines two of my most favorite things.  In college I took a course title "How the West Fed the U.S." and I was fascinated by the evolution of our country's food culture.  We read The Omnivores Dilemma and I quickly devoured (pun intended) every other Michael Pollen book I could get my hands on.  A few years ago I stumbled across an amazing British television program called Supersizers Go.  If you haven't seen it, I highly recommend it to anyone for a quick history lesson and a good laugh.  No matter your background, food has a way of binding us to one and other and to the people who came before us.  It can tell our story in a readily identifiable manner.

When I started working at LCHS three years ago, I told myself that I should explore the historic cookbooks in our archives.  I wanted to use these culinary primary sources to better understand my new home in Latah County.  But I got busy with other projects and the cookbooks were pushed to the back of my mind.  When our spring intern EmilieRae expressed an interest in them as well, I was reminded of the richness of our collection.  It was her blog post earlier this year that finally inspired me to move this idea from the "I should" column on my to-do list to the "I will" column.

I chose a relatively simple recipe to begin my adventure in historic baking.  I first came across this Washburn-Wilson item in my first year on the job when a researcher came in looking for a recipe she remembered her grandmother making from a seed company's promotional cookbook.  As you can see, the Dumas Seed Company of Moscow/Pullman (which purchased Washburn-Wilson Seed Co. in 1959) was eager to promote the use of its two new products, Precooked Pea Powder and Precooked Lentil Powder. 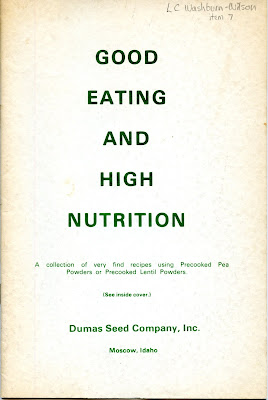 Like most promotional material, the cookbook is undated.  The nature of the food product, however, leads me to believe this would have been published in the 1960s.  The 1950s and '60s were decades marked by the arrival of new, technologically-minded foods on American dinner tables.  The latter decade was also flavored by a growing interest in vegetarian diets and the link between what we eat and our environment.  These trends were reflected in this new Dumas Seed Co. product, which was aimed directly at consumers, rather than farmers who might plant Dumas seeds. 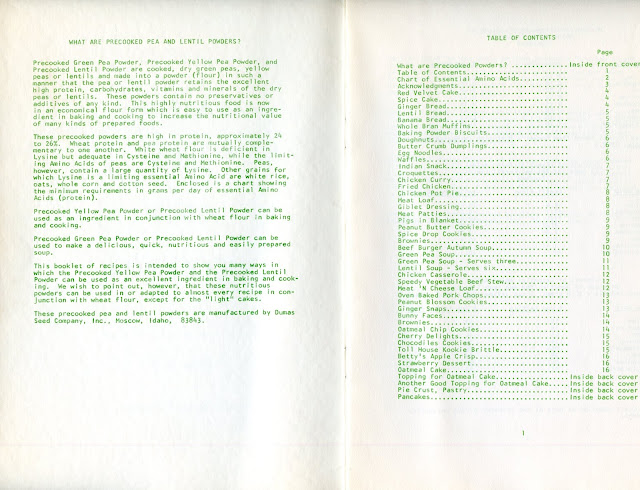 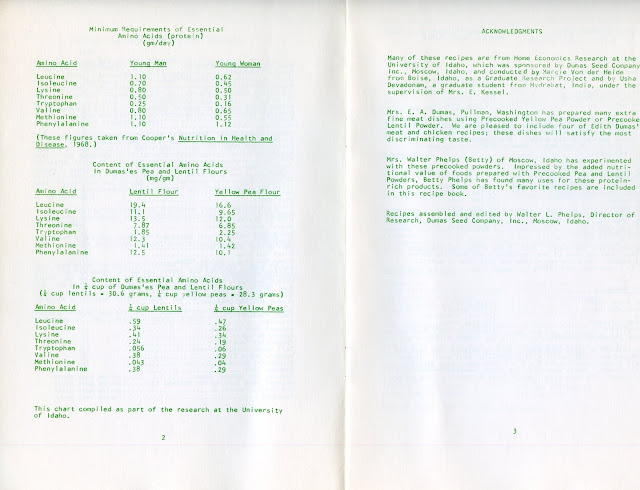 While the cookbook offers a number of interesting savory recipes to highlight the versatility of Precooked Pea and Precooked Lentil Flours (Pigs in Blanket anyone?), I chose the Spice Drop Cookie because it looked tasty and straightforward. 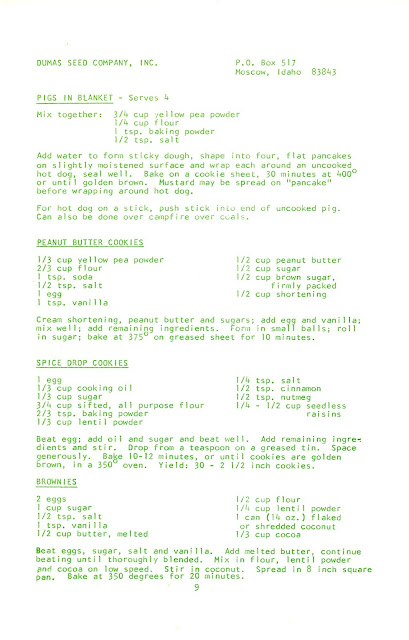 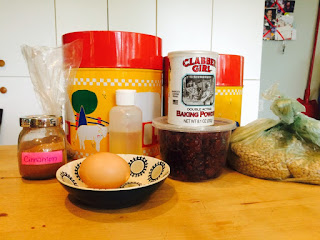 I had a feeling that Dumas's Precooked Lentil Powder might not be available anymore, and it seems I'm right.  And while the Moscow Food Co-op has nearly every other sort of flour one might consider baking with, including garbanzo, there was no lentil flour available for purchase.  In the interest of staying true to the recipe, I decided to make my own flour using locally grown yellow lentils. 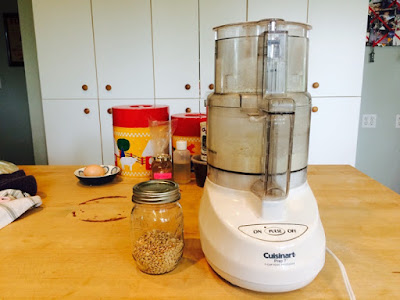 Making your own lentil flour will take a while, and it's a loud and dusty process.  I was working with uncooked, dry lentils, which I suppose isn't exactly what the recipe specified.  Perhaps you could could the lentils, dry them on a baking sheet, and then pop them in the food processor.  But I was too eager to get baking.  I added 2/3 of a cup of lentils to the processor and after about five minutes, I had 1/3 of a cup of finely ground lentil powder.  I sifted the lentil flour just to remove any of the larger bits. 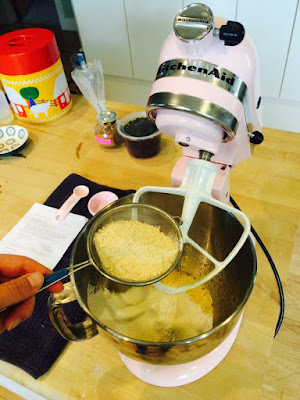 The dough was quite a bit firmer than I expected.  With so little liquid and so much protein and gluten from the wheat and lentil flours, I shouldn't have been surprised. 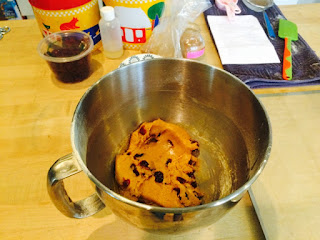 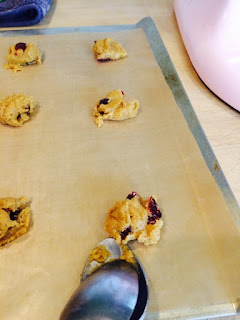 The dough smelled delicious with cinnamon and nutmeg, and I was really hopeful that these little cookies would be amazing.  But there was no getting around the fact that they taste like a health cookie.  The lentil flavor was pretty strong and the cookies had a gritty quality that was hard to get past. 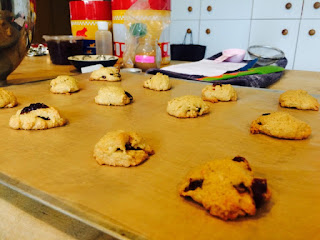 Although they weren't as scrumptious as I had hoped, I did have a lot of fun making the lentil cookies.  Despite the fact that the recipe was at least 50 years old, it still felt really timely.  In an age when people are experimenting with new types of flours and looking to make favorite snacks more healthful, it's important to remember that we aren't the first generation to do so. 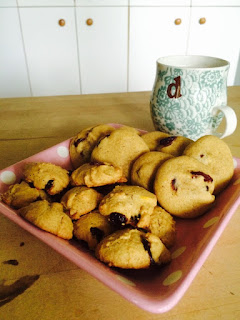 If you're interested in trying out a recipe from this publication or from any of our historic cookbooks, please stop by our research office, the Centennial Annex!

Posted by Latah County Historical Society at 12:33 PM No comments:

The Water In Brewing exhibit opened at the Brews & BBQ event earlier this year.  However I thought I would take a few moments to explain the exhibit globally and how it was made.

This exhibit was born out of a brainstorming meeting that was held with community members at the 1912 Center in order to focus the LCHS programming for the Water|Ways exhibit in December and January.  This exhibit looks at the differences in water in Latah County as they pertain to brewing beer.

The first step in creating this exhibit was collecting samples from across Latah County.  I collected samples from the following lotions:

After collecting the samples in clean canning jars I analyzed them using a home chemical identification kit.  The samples were analyzed for Calcium, Alkalinity, Sulfate, Chloride and Kolback Residual Alkalinity.  Using these five factors I was able to determine the best types of beer that could be made with this particular water sample.

The samples and information were presented at the Brews and BBQ event earlier this year and will be on display around the county in various places later this summer.