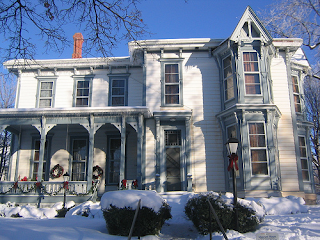 If you've ever driven down Adams Street, then you've most likely slowed down to admire the beautiful architecture of the McConnell mansion. It stands strong on the corner of Second and Adams Street, catching the eye of all passerbys. If you have never been on a tour of the mansion, or don't know much about the house, here's a quick history:

William McConnell, or sometimes known as Poker Bill because of his well-known gambling habits, moved to Moscow with his family in 1878 and ran the McConnell-Maguire department store on Main Street. The McConnell's moved into the mansion after it was built in 1886. William McConnell was also very involved in Idaho's politics. He was one of Idaho's first senators as well as being its third governor.[1]

After the McConnell's, the Adair family moved into the mansion in 1901. William Adair was a renowned doctor in the community whose services were in high demand. He specialized in “electro-therapies” and traveled to many other towns in Latah County providing medical care. He was the father of four daughters. One of his daughters, Ione, moved on to have a homestead in Northern Idaho and helped fight wildfires in the area. When the family lived in the Adams Street home , Mrs. Adair was known for her lavish garden parties, where people from all over town would gather and socialize. These garden parties captured the essence of the Victorian era. 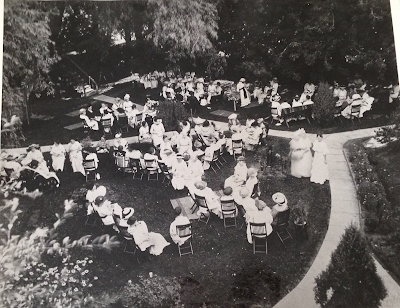 Today, the McConnell mansion is a museum open to the public. People are welcome to tour on their own or if people want more insight, they can be taken through by a docent. The mansion is also available to rent for parties or weddings that are seeking a historical, classic theme.

The next time you have a day off or have a friend visiting from out of town, visit the McConnell Mansion for a brief look into Moscow's past.