On Saturday morning the University of Idaho Center for Volunteerism and Social Action sponsored the Make A Difference Day.  Saturday nine UI student volunteers descended upon the McConnell Mansion to help LCHS on some special projects.


These students and I worked hard on two projects, one of which would not have been possible without the help of Ryan from Guardian Comprehensive Home Services.  This project was the outside clean-up of the McConnell Mansion.  As you might have noticed it is getting colder outside and the leaves are turning from green to yellow, then onto our lawns.  Ryan from Guardian stepped up and was at the McConnell Mansion early Saturday morning to do some pruning around the grounds before the student volunteers arrived.  Once the volunteers arrived they were set to work raking leaves and prunings, then flipping them into the Guardian truck for removal.


A big thank you goes out to Guardian as well as the UI students for helping the McConnell Mansion look its best this fall season!

But wait, there's more!  Here at LCHS we like to host events, however sometimes people need a little extra help finding our event locations.  Years ago wooden folding sandwich boards were donated to LCHS so that we can help people find our events.  These sandwich boards have been well loved over the years and were in need of some re-finishing.  A second group of students worked to pull all of the staples out of the boards, sand the boards and give them a fresh coat of paint.  These students were so efficient that they even helped to rake leaves after they had finished working on the signage!


This was a great morning for LCHS as we got more done before noon than I had hoped for.  Thank you to Guardian and to the University of Idaho Center for Volunteerism and Social Action for helping make this event a success.

Posted by Latah County Historical Society at 1:13 PM No comments:

Below are some photos of some of the wonderful LCHS volunteers. 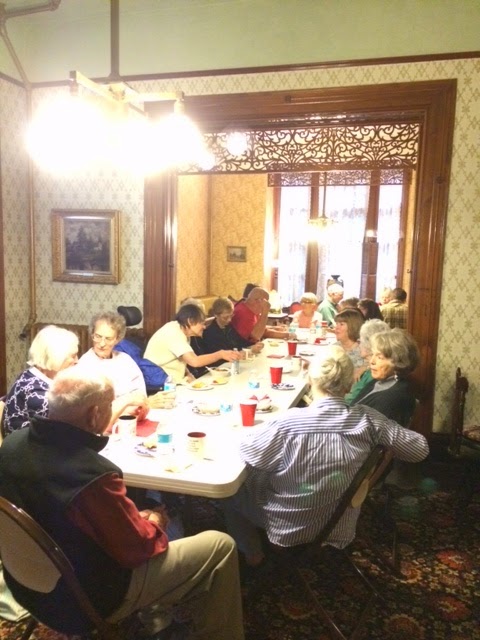 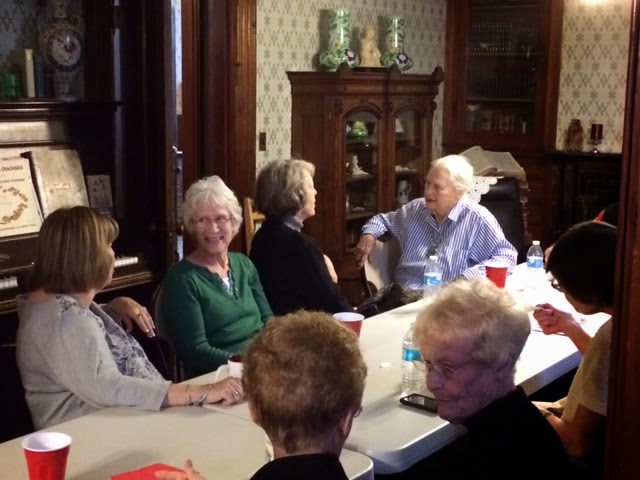 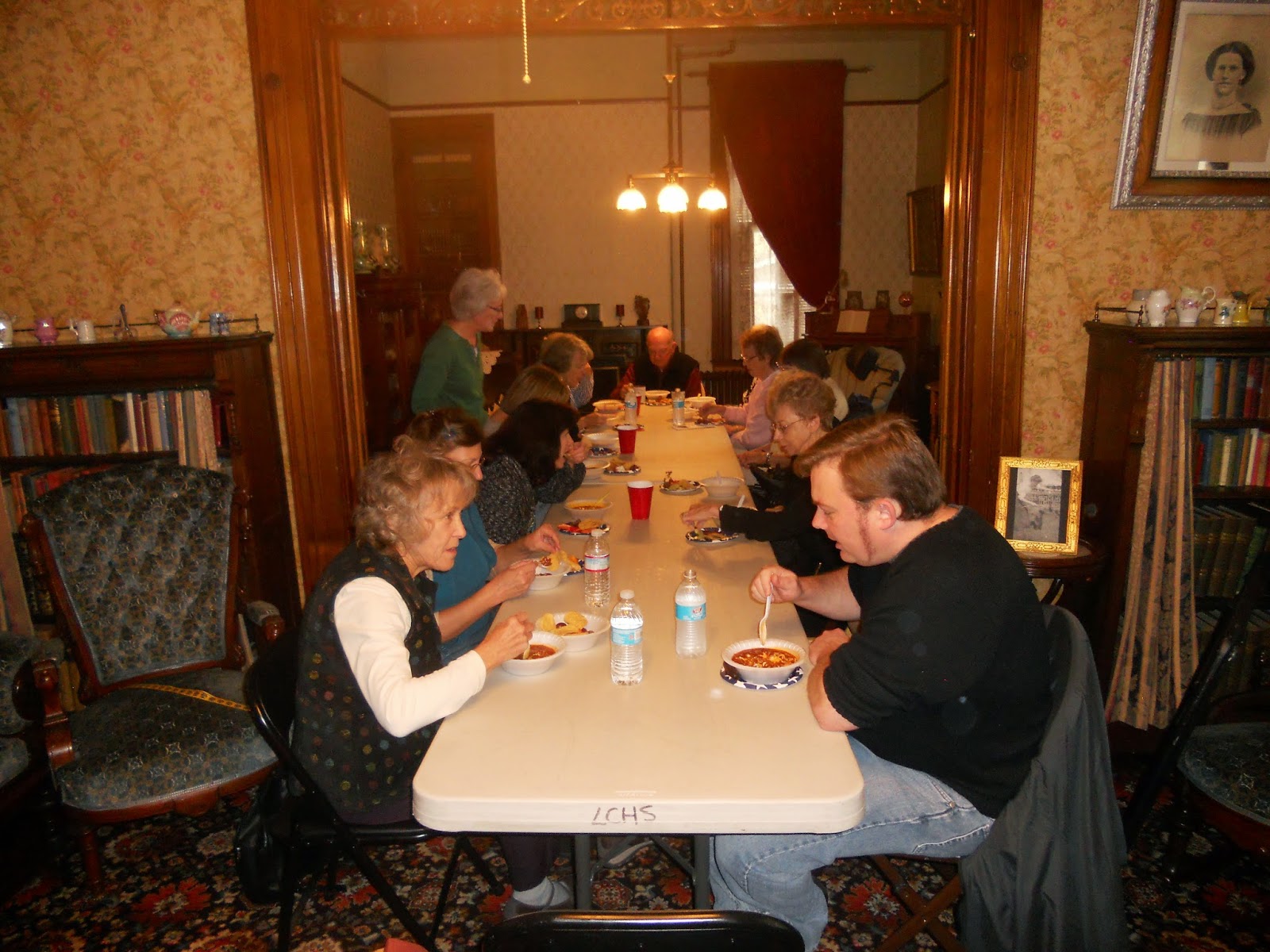 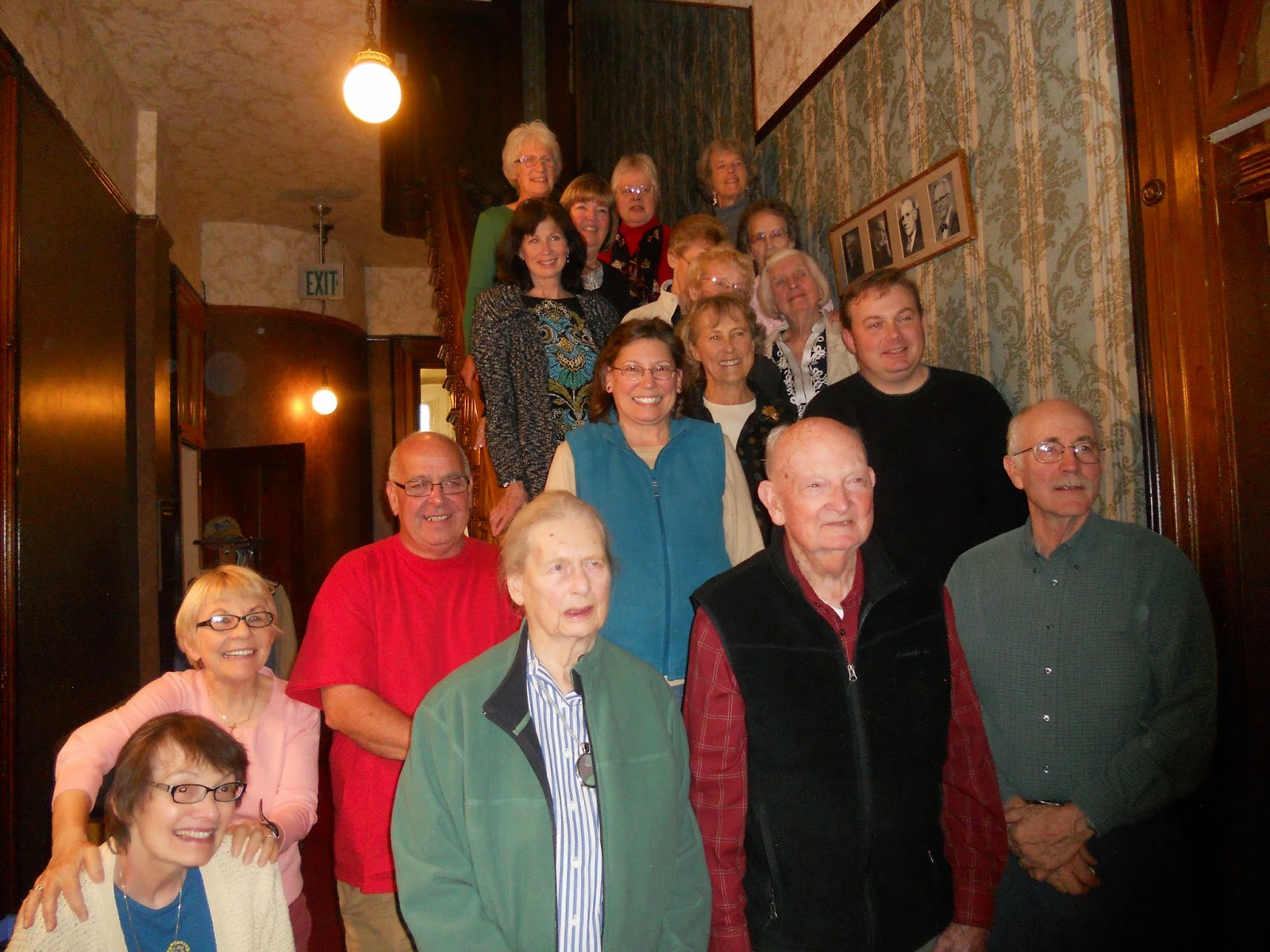 Posted by Latah County Historical Society at 3:39 PM No comments:

October, as some of you may know, is American Archives Month.  To get you in the archival mood, I thought I would begin Archives Month by discussing the Latah County Historical Society archives.  When I talk about archives, I am speaking about documentary history.  Historic papers (also referred to as records) stored in acid free folders and in acid free boxes so that they can be preserved as long as possible.

The LCHS archives are housed in our Centennial Annex.  The LCHS archives consist of five Spacesaver double sided rolling shelving units and one wall mounted shelf.  These 11 shelves contain many treasures of Latah County.  I am hoping to portray these treasures to you with some regularity this month as we celebrate Archives Month.

Below are a few photos of the LCHS archives and the archival boxes used to preserve the records within.  Stay tuned for more as LCHS shares our archives with you, our captivated digital audience, over the course of October.

On September 20, 2014, Idaho State Historian Keith C. Petersen led a Latah County Historical Society group on a guided tour of parts of the Mullan Road. May 6, 2014 Petersen released his new book, John Mullan: The Tumultuous Life of a Western Road Builder. His book chronicles the life of John Mullan, a man well known in the Pacific Northwest for his role as architect and builder of the military road between Fort Walla Walla, Washington and Fort Benton, Montana. The book covers John Mullan’s entire life, while the bus tour we took focused on the construction of this military road commonly known as Mullan’s Road. In the comfort of an air-conditioned touring bus, Petersen painted a picture of what it took from 1859 to 1862 to build a 600-mile road.


Following the stop at Rosalia, Washington, the group turned east following the route of the Mullan Road and stopped at Hangman’s Creek historical marker. As the name suggests, Colonel Wright hung seven Native Americans here on about September 24–25, 1858, without a trial, effectively ending native resistance. Petersen argued that the defeat of the confederation of inland northwest tribes including Yakamas, Palouse, Coeur d’Alenes, and Spokanes in 1858 allowed Mullan to build his road through that area of Idaho, Washington, and Montana that would otherwise be impossible.

Throughout the bus tour, Petersen aptly pointed to historical figures of regional and national prominence. These included Gustavus Sohon (renowned artist of the Pacific Railway plates, 1855–1861) and Theodore Kolecki (a topographer and assistant) both who were members of his road building party. Sohon in addition to providing early sketches of the Pacific Northwest, including the image on the front of Petersen’s book, provided us the first written description of Latah County, Idaho. Washington Territorial Governor, Isaac Stevens, recognized Mullan’s potential choosing him to build the military road. Stevens acted as a mentor to Mullan, who had financial ambitions of his own. As a devout Catholic and by necessity, Mullan had connections to Jesuits Father Joseph Cataldo and Father Pierre-Jean DeSmet.


Pictured above is one of dozens of Mullan Road markers that stretch from Walla Walla, Washington to Fort Benton, Montana. Petersen argues successfully that the dozens of markers installed from 1916 to 1941 indicate the road’s historical significance. The installation of these markers was not a national project but instead local communities recognizing the 600-mile road’s importance. Petersen points out that the roadbed became a route for the railroad, US Highway 10 in 1911, and Interstate 90 in 1958; thereby affirming Mullan’s choice of the Fourth of July Pass as the best for a road nearly a century later.


While on the way back to Moscow, winding down, and enjoying a glass of wine, Keith explained how William Wallace in 1863 defeated Mullan’s design for Washington Territory, see the map below, eventually resulting in the northern panhandle we have today in Idaho.


The bus tour was quite enjoyable providing both interesting company, good food, and historical relevance all at once. Luke Sprague wrote this post and I am a local professional historian who provides people with customized research for ancestry, family searches, book manuscripts, screenplays, building histories, and military records, find out more at: HistoryMint.com
Posted by Latah County Historical Society at 10:49 AM 6 comments: